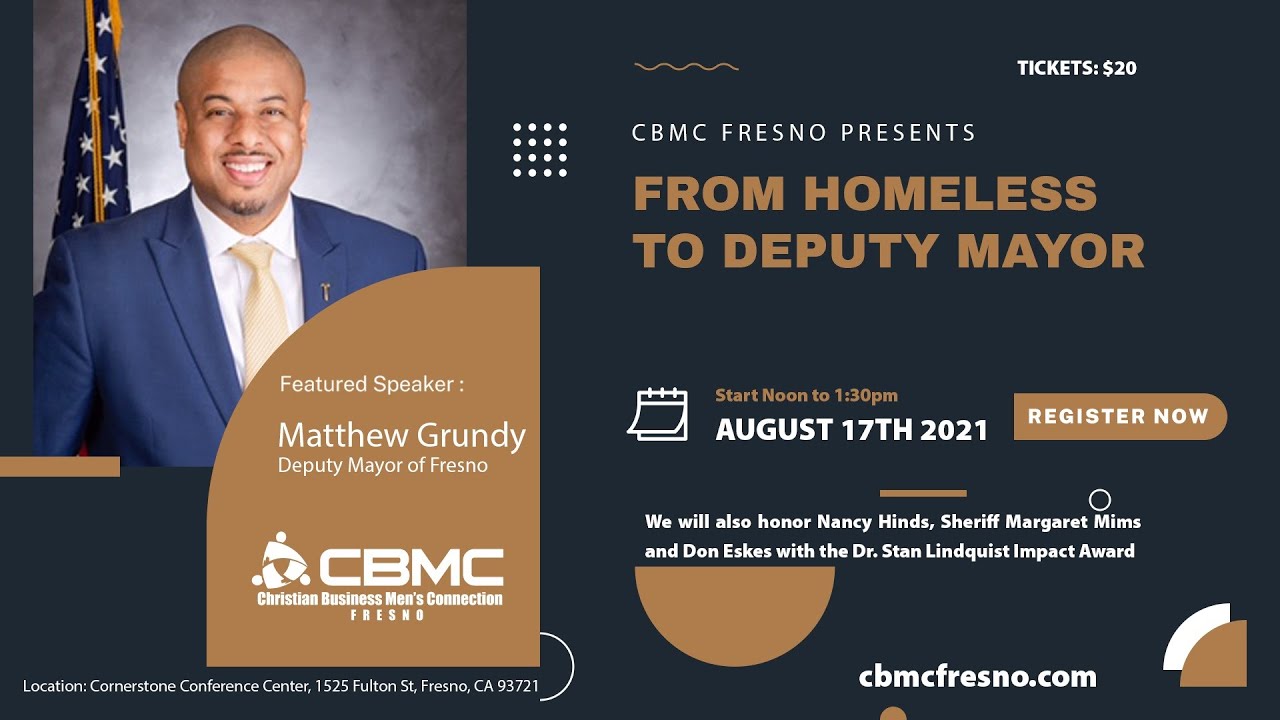 Matthew Grundy serves as the Deputy Mayor for the City of Fresno. As part of the Dyer Administration, his service is founded on a genuine love for people. Formerly homeless, in 2015 Matthew joined the City of Fresno following a stint as CEO at Habitat for Humanity Greater Fresno Area. Motivated by love, Matthew helped Habitat improve housing conditions for 28 times the number of families it had served on an annual basis prior to his arrival. Nationally, Matthew has helped lead strategic visioning for 1,200 Habitat operations across the United States. While Matthew’s leadership has led to the expansion of building homes and hope with families across two counties and four countries, he is focused on seeing his local community thrive.